The Dutch word, “quacksalber” (“quicksilver” in English) refers to mercury. In the 1500s, a physician by the name of Paracelsus made a salve with a bit of mercury in it. He applied it to a syphilitic patient’s rash and it supposedly cleared up. Other physicians rebutted the claim saying it had no effect, and they called him a “quack” for using “quacksalber.” Dentists who used mercury to fill teeth were eventually called “quacks” as well, and their quackery was easy to spot. Their patients would get extremely ill and lose their appetite (as well as their hair). They quickly lost weight and appeared to be starving. That’s if they were lucky. Many of them died from the mercury toxicity.

Fast forward to 2012… this same quackery is happening all around us. Who are the modern quacks? ONCOLOGISTS. That’s right. Oncologists are giving chemotherapy drugs to cancer patients, with exactly the same results: nausea, hair loss, and wasting syndrome. Truth be told, poisoning patients (via mercury or chemotherapy) will never result in healing.

Dr. Glenn Warner, who died in 2000, was one of the most highly qualified cancer specialists in the USA. He used alternative treatments on his cancer patients with great success. On the treatment of cancer in this country he said: “We have a multi-billion dollar industry that is killing people, right and left, just for financial gain. Their idea of research is to see whether two doses of this poison is better than three doses of that poison.” Dr. Alan C. Nixon, past president of the American Chemical Society writes, “As a chemist trained to interpret data, it is incomprehensible to me that physicians can ignore the clear evidence that chemotherapy does much, much more harm than good.”

Treating cancer with chemotherapy is like treating obesity with pizza, or treating diabetes with corn syrup, or treating alcoholism with liquor. You can’t “CURE” something by prescribing the very substance that “CAUSED” it. Do you know what the #1 side effect of chemotherapy is? You got it … CANCER! Yes indeed, chemo is a “treatment” that admittedly causes the very condition it claims to treat. How’s that for total medical quackery? I call it insanity.

If you think that we live in a “free” society, think again. As an adult, you can still manage to avoid toxic cancer treatments like chemotherapy. But if you attempt to seek alternative cancer treatments for your child, you risk your freedom and endanger your family. How so? Under the direct supervision of ill-advised (insane) oncologists, a judge can order CPS to kidnap your own kids from your own home, haul them into hospitals, and drip chemical toxins into their veins! It’s happened many times in the past. Just do a search for Abraham Cherrix, Parker Jensen, Katie Wernecke, Thomas Navarro, Jacob Steiler, and Daniel Hauser.

And it’s about to happen again. Jay Mathews is a pharmacist who lives, along with his wife and four children, in Illinois. His 8-year old daughter, Selena, was diagnosed on April 19, 2012 with localized osteosarcoma (bone cancer) in her right shoulder. They took Selena to Children’s Memorial Hospital in Chicago, and the oncologist wanted them to immediately begin chemotherapy. 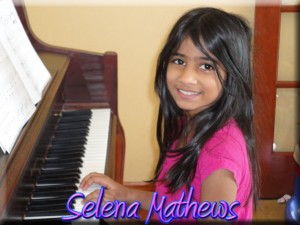 After looking at the survival rates and side effects of chemotherapy, the Mathews family began to pray for a better option. They canceled the chemotherapy, and that same day, they received a call from Child Protective Services (CPS). That same day, CPS came to their house and Mr. Mathews expressed to them that they felt more comfortable with natural approaches to treating Selena’s cancer. According to Mr. Mathews, “CPS is just doing their job and I really do not blame them. However, the oncologist at Children’s Memorial Hospital is relentless and seems determined that our daughter start chemo right away.”

The Mathews family searched frantically for a holistic provider who would accept a pediatric patient, and thank God, they found a medical center in the Southwest United States. A few weeks ago, Mr. Mathews left his wife and other children in Illinois and took Selena for treatment. Selena is currently taking effective, natural treatments like intravenous vitamin C, ozone, and hydrogen peroxide.

Illinois CPS has been attempting to contact CPS in the state where Selena is receiving treatment, as they don’t consider her current treatments to be “evidence-based medicine.” You see, the Medical Mafia has created a set of terms (like “evidence-based medicine”) which they use constantly to boost their enormous egos and firm up their alleged authority as the unique holders of medical wisdom (as if everything outside their “anointing touch” is bogus and suspect). However, a careful examination of many of the accepted treatments reveals that most have little or no scientific “evidence-based” data to support it. One often repeated study found that almost 80% of medical practice had no scientific backing.

According to Mr. Mathews, “I am not sure how much longer I can push CPS away. I feel like my daughter’s health is improving, however CPS seems to still want us to seek conventional treatment.”

Let me ask you a question. Is it not a crime to inject a child with deadly chemicals against her will and against her parents’ will? If I loaded a syringe (with the exact same chemicals that the oncologists want to use on Selena Mathews) and injected them into your arm without your permission, I would be charged with attempted murder, and rightly so! If an intruder barges into my house with a syringe filled with toxic chemicals, and he tries to inject those chemicals into my children, I will quickly introduce him to my two friends: “Mr. Smith” and “Mr. Wesson.” But when an oncologist injects a sick child with the same poison, then he’s given a big “thumbs up” from all involved. What’s wrong with this picture?

The bottom line is that chemotherapy is little more than “sophisticated quackery” backed by seemingly convincing data (which is actually based on manipulated statistics and outright scientific fraud) along with the urgings of oncologists who rely on highly manipulative fear tactics.

Parents beware! You may not realize this, but pediatric oncologists (doctors specializing in childhood cancer) earn most of their profits from selling chemotherapy drugs to children. So, while they are diagnosing your child with cancer, they are also selling you a load of “you-know-what” and hoping you’re ignorant enough to buy into it.

And if you have the audacity to say “NO” to their recommendation of chemotherapy for your child, he might just be angry enough to call the police or CPS, which is exactly what happened to the Mathews family. “How dare you say ‘NO’ to me? Don’t you realize that I’m god? Now you’ll see who has the power!” If we look at this from a purely economic perspective and jettison all morals and ethics, this is actually a pretty good business move, isn’t it? I mean, there’s nothing like cancer-causing chemotherapy to boost repeat business, huh?

Just because something is the “prescribed treatments” doesn’t make it effective, and just because someone who prances around in a white lab coat doesn’t mean that he is honest or knowledgeable. Especially if he’s a chemo-pushing pediatric oncologist, in which case he’s probably giving you his “used-car-salesman” pitch to coerce you into buying chemotherapy drugs, on which he will make a huge commission.

According to Mike Adams, the Health Ranger, “Yes, these pediatric oncologists are some of the most evil, unethical, and downright criminal minds you will find in the medical system today. Far from helping children, they are engaged in mass poisoning crimes that rival the gassing of Jews in Nazi Germany. In fact, some of the chemicals come from the very same sources — drug companies that were once part of IG Farben, the Nazi war crimes chemical conglomerate that was found guilty of crimes against humanity. Today’s Bayer company is an offshoot of IG Farben, in fact, and the former chairperson of Bayer, Fritz ter Meer, was found guilty of war crimes in the Nuremberg trials.”

Of all the systems of medicine that exist around the world, conventional (“Big Pharma”) medicine is the ONLY system so dangerous and deadly that it must be forcibly administered under the threat of losing your children! I submit that any system of medicine that requires force is NOT medicine, but rather a criminal act. You see, it is “axiomatic” as a part of Natural Law that each free individual has the absolute right to decide their own basic life-decisions, and to have a greater say in the decisions made within their family, as regarding their children as well.

Our Founding Fathers who wrote the US Constitution appreciated this point, that we are “endowed with certain inalienable rights” which are a part of our being. We are not “granted” those rights by the State or Federal governments, nor by any King or bureaucrat, as is the case with authoritarian or fascist states. Particularly in matters of health care, if offered a horrendous choice like chemotherapy (which is openly admitted to cause cancer, brain damage and kidney damage), we all have the right to refuse that treatment and to get advice from other health-care providers and have other treatment options, even if the “omniscient, omnipotent” oncologists say they disagree with the choice.

However, in many recent examples of nothing less than government-sponsored “medical terrorism,” parents who do not agree to poison their children with chemotherapy may be thrown in jail and have their own child taken away from them! In 2012, these medical terrorists require armed enforcers (medical mercenaries) who push toxic chemicals at gunpoint. They are working together to turn us into medical slaves and are stripping away our freedoms along the way. “Velcome to Amerika.” This is a fundamental human rights issue, folks.

According to Mr. Mathews, “My wife is a stay at home mom of 4 kids. We are a one income family and currently I have filed for a FMLA with work for 3 months; FMLA is of course is leave without pay. We are living off our 401k and retirement funds to make ends meet at the moment. Medical expenses at (the treatment center) are NOT covered as the treatment is not recognized by my insurance.”

I’m asking for your help. Please forward this article to all of your contacts. If this story gets enough exposure, it may cause the CPS to back off and it just might help save Selena from being forced to undergo chemotherapy. Also, if you feel led to help the Mathews family pay for Selena’s treatment, their PayPal account is jmathewsrph@yahoo.com. Please give whatever amount you can. If all everyone who reads this article would give $10, then the Mathews will have the money they need to continue treating Selena with effective, non-toxic treatments. I have personally donated money to the Mathews, and I hope you will do the same.