(Before you read the following, did you know we ‘vote’ on this day, and at this time of the year, because historically, this is the day when the ‘cattle’ are slaughtered before winter?) 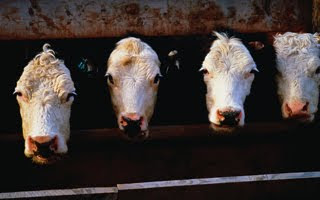 Another (s)Election has come and gone, and I wanted to put in my 2 cents, thus far, about ‘Our’ system, and let us consider (I’m referring to the last 100 years, God only knows what is REALLY true, the farther back one goes) that taken as a whole, Congressmen(women), Senators,The (so-called)President, and the ‘Bills’ they ‘pass’, Governors, on down to referendums; try to think of one person or ‘law’ that was ACTUALLY for the ‘Small Guy’, made us Free(er), Strong(er), or Better off as a Country?

‘Slavery’ was ‘outlawed’, but voluntary servitude was implemented. The Federal Reserve Act all but put the last nail in the coffin for any kind of sovereignty to live on, ‘we’ went bankrupt in ’33, the National Security Act was in 19.47 – I mean 1947 :^), all of the police powers, black-ops spending, even the Social Security Act, most people think is wonderful, is the root of Corporatizing real people (ever notice the OTHER number on the back of your SS card?), all of these Bureaus were created that actually allow poison into the air, food, and water. Any person to challenge – assassinated. Any bill with teeth, pigeonholed. Any Grassroots effort, demonized. Let’s say we need to fix the system and that’s where we should put our efforts.

– We have to get ALL, and I mean ALL voting Machines, punch cards, electronic tallys OUT. Hand counted paper ballots in full view of the public in EVERY single district.

– MASSIVE campaign finance reform. Probably to the tune of no money will be allowed in. All campaign ads are FREE by Law to anyone running.

– We either need 50 parties or 0. Miss America is chosen from 50 (+) candidates, but the leader of the free ( HAHAHAHA ) world comes down to one of two guys, usually cousins from the same Frat.

– Then we would have to vote them ALL out, start over with a clean slate.

– Wait for, and get all cabinet and administrative appointees to serve out their terms, and have warm blooded humans replace them.

– Now starts the MASSIVE repealation of EVERY single Un-Constitutional ‘law’ ever passed. Ever read through a 2,000 page bill chalk full of legal-ese?

– Now we HAVE to pay reparations to every single person wronged by our illegal and illegitimate foreign policy (agent orange, white phosphorus, Nagasaki and Hiroshima, depleted Uranium, etc.).

– Oh, and don’t forget the fiat currency. We have to do something with(to) the Federal Reserve Boys. And they tend to get Murderous when that happens.

This is all the ‘stuff’ that just popped into my head, the actual ‘to-do’ list would be overwhelming. I fully understand why folks live in denial, and keep playing ‘the game’, on the off chance it will one day get better. I understand why folks are waiting for The Messiah Yeshua, Buddha, or the Pleadians to come and save us. But guess what? It ain’t happ-nin’.

This is our mess to fix.

That is why I hope those of us here, have the gumption to realize we need to build something new. The system is designed to NEVER change. Be honest and look ‘back’, has it ever worked, for us? Ralph Epperson and Micheal Tsarion have it right. This is a well crafted prison with out the bars. Admitting that, would be the first step. Doing something about it would be The Next Step. Finally, building something new and better. Nothing lasts forever, change is the only thing that remains. Our children and their children deserve better. Because, re-member, you ARE your children, and grandchildren – literally. That’s you.

Do it for yourself, you deserve it.

I am proposing that ‘THE WHOLE TRUTH MOVEMENT’ completely disengage from ‘the system’, all at once, all on the same day, strength and safety in numbers. No filings, no court dates, no lawyers, no arguing, no letters, no phone calls, no payments, no compliance — COMPLETELY cut ‘them’ off — the IRS has 101,000 TOTAL employees. If 10, 20, 30, 40, or 50 million people ‘quit’ on the same day, it would be mathematically IMPOSSIBLE for ‘them’ to do anything about it. The other beauty of this plan is that there are no resources to go to, there is no paperwork to fill out, there are no leaders to smear, there are no organizations to infiltrate, there are no meetings or memberships. No effort, no fuss, no extraordinary measures. WE JUST SAY NO. All together, all at once, and for good. Once ‘their’ funding is in question, things like illegal wars, deficit spending, the passing of 3,000 page unread legislation, Black Ops projects — all start to wobble. Also, the average filing is for $15,000. If we tried this strategy, every ‘former taxpayer’ just got a $15,000 raise (on average). The local, municipal, and state economies will be stimulated beyond belief. We will also see the power that we have had the whole time, we will learn to not be afraid, we will build courage to do other things like — pulling our children out of Government brainwashing camps, enlisted soldiers could implement this strategy to end the ‘wars’. If enough soldiers, all at the same time, set down the weapons, and simply refused to partake in such evil, what could the few dozen Generals do to 50,000 conscientious objectors?

That is their greatest power.

I still think this is do-able. We set a date in the future as ‘The Day’ we say NO, and spread the idea and keep on it. Let us find a rudimentary way to keeps tabs on the number of people who would be willing to give it a try. As the momentum grows, the tally marks will get bigger. The more it spreads, the more people ENVISION a free-er life, the more it becomes plausible. The more it becomes plausible, the more people ‘get it’ the more the idea spreads. The more tally marks we get, the more steam and momentum we achieve, the bigger the plausibility. The more minds that think this over, the more it becomes part of the Collective Consciousness, the more REAL it becomes. The more real it becomes — until we eventually manifest it so; BY OUR OWN ACTIONS. You don’t have to CONVINCE anyone but YOURSELF. Then, if you do it — it is real. The act of sharing and communicating it, will bring like-mindeds to you. Then the power grows. That is a HUGE mistake we make in the Truth Movement — we want to ‘convert’ everyone. You can only convince yourself of anything.

The Truth lies within — WITH IN.

It is not an external function. So, all you can do for others, is plant the ‘idea-seed’. Let them be free to accept or reject it. It may not sprout immediately. If what you say is true and pure, it will ‘ring’ at a different frequency. Eventually the seed will sprout, and those others will come back and ask what to do. Offer nourishment. Not control. Light and water transform seeds into plants. Light, Love, Truth, Freedom — all interchangeable. Water, Consciousness, Brain WAVES — all interchangeable. Feed this idea seed with Truth, Love, Freedom (giving it, not demanding it), Consciousness, and Positive Brain Waves (ideas). Once others see you conducting YOURSELF from a stance of Truth, Love, and Freedom; they will be encouraged to act the same. So, I purpose, if you think it is a good idea, and will work, tell others – don’t poo-poo it, and bring up all the ways it won’t work. Start living as if that is the way it will be.

If you are still AFRAID of the IRS then you still don’t understand it. Fear is rooted in not-knowing. Make it a point to know. Whatever scares you about ANY subject. Study it until you understand it. Learn how many employees the IRS has, how the fraud works, how much you would benefit from non-participation, etc. Once you KNOW, the fear leaves and you can take action.

Another way to KNOW is like David Icke says – – JUST DO IT. If you can’t understand How It Works, but you want to KNOW the True Veracity of the IRS, join the millions of us who ARE GOING TO MANIFEST THIS, and you will see – by simply acting, that they are a paper tiger. I know this will work.

I AM GOING TO DO IT.

At this point – – worst case scenario, I would be a free-er HUMAN BEING in jail, than a slave who funds mass-murder and genocide. Either way I will win. I will free my soul by defunding war, or I will free myself of the beast in a cell. Or (option #3)- we MAKE THIS HAPPEN and Free Ourselves, whilst learning our TRUE POWER, and the illusitory nature of The Beast.

Another thing to consider — the concept of the ‘Life Review Process’ at ( or right after ) death. A case can be made for the truly ignorant, being spared the Experiencing of the fate one befalls another – BUT – now that YOU KNOW what your ‘Federal Income Tax’ funds – are YOU ready to experience the HELL your compliance has visited on the countless souls passed over by our doing?

A final thought — THERE IS NO EXTINCTION EVENT !!! Through all of the meteor/meteorite strikes, comets, volcanoes, earthquakes, tsunami’s, tornadoes, ice ages, pole shifts, plagues, famines, vaccines, GMO foods, HDTV, Wars, man-made virus’, depleted uranium dusting, and nukes ( ‘they’ have ‘let-off’ 2,053 since ‘they’ invented them ), WE ARE STILL HERE !!! Whether events are natural or Eugenically inspired, life is INEXTINGUISHABLE !!! Life is a continuum. It cannot be destroyed. It hasn’t. Look around. The ‘Dark Ones’ have turned up the De-pop burner on high, for the last 150 – 200 years, and guess what? There are more souls here than ever before. ‘THEY’ CAN NOT KILL US ALL !!! That is the Magik of this whole thing. ‘They’ are trying to scare us into believing ‘they’ can. It won’t work. The harder ‘they’ try, the more souls spring up. The Universe is trying to tell us not to be afraid. ‘They’ are not in control. We have only ‘surrendered’ to the point where it seems so. Now we are awake. Next we need to get up. Then the game is over for ‘them’, as soon as we TAKE THE POWER BACK. I ‘vote’ we start ASAP. It starts with the first step. ‘They’ have trained us to react to ‘them’. That will be the (2012) consciousness shift. We will start acting peaceful, start acting sovereign, start acting like Sentient Beings of Light instead of slaves, start acting like we are one, start acting like there will be peace on earth. And there will be – as soon as we MANIFEST IT FOR OURSELVES.

It will not be given to us – we will have to chose it.

May we all live free, 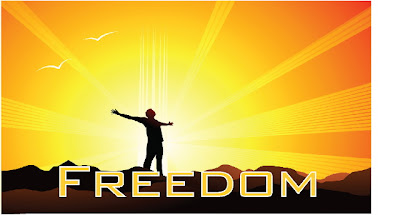